I am very sure that this question has been unanswered or over-answered a lot many times to my pals whenever they tried to dig out the truth 😉 .. even after bribing me into eating ice creams or dinner/lunch promises at my favourite restro’s and also almost getting me MnBs i haven’t divulged the details. So i think now its time to do so.. to talk abt HIM… in the sense the one who’s always accompanied me to school, college, malls, ricks, buses, trains, long journeys, to Mt.Everest and Mt.Katao, and to every possible place i have been to is very difficult. He’s been the motivation when i was down, he was the humour when i wanted to laugh out loud, he was my strength when i wanted to quit, he was my knight in shining armour when i wanted to be loved, he was everything i ever needed jus packed all the beauties of life in my hand…it was the BOOKS that i read.

Trust me on this, I could have never been able to stand on feet ever had i not had my bestest and longest pals(read- BOOKS) of years with me. They stood with me through thick and thin. Come rain or sun, i always had him for my company. He never for once said what i never wanted to hear. Even at the most odd hours when i wanted to hear him he would simply let me read him.

The association started when PD would dog-ear few books and give it to me to read so that i become more creative in writing. Obviously i am still nowhere near her but then i believe i have started putting in my ideas clearly. I would read at Strand bookstall or pick up books from the ever so famous churchgate bylanes  to satiate my hunger. Finally i came across the Amar-ki-dukaan(as famously called by Meds) which had superb collection of all sorts of books. I would take almost 4-5 of them with me and finish off in jus a day or two. My train pals would wonder how I would finish it but then I was in LoVe.. 🙂 and Thank God for that.

How can i forget Sam who met me coz of Books.. while i was searching for an ultimate chicklit we both picked up the same book and hence started the well kept secret of my life.. The Book Club of Ladies.. I was happy back then.. like minded ladies getting together for book reading sessions.. its was fantabulous.. I then realised that i had a feminist streak in me when we would end up discussing a lot of hot topic prevalent then.. i met smita the lady with a golden arm.. she only knew how to give others/society.. i worked with her for few NGO projects and then helped her create a course material for the under privileged.. it was one of the best days of my life to do something without anyone ever knowing what i was upto.. prolly even i dinno what i was doing then, but today when i look back i feel nice that i could meet people so intellectual i could only dream of coz of HIM.. so back to him.. its jus a small boring blog to thank HIM.. for the life i had, i have and i will have, for almost everything.. and i hope no one replaces HIM.. 🙂

“A book is the only place in which you can examine a fragile thought without breaking it, or explore an explosive idea without the fear that it will go off in your face.  It is one of the few havens remaining where a man’s mind can get both provocation and privacy.”

Once upon a time, there was once a guy who was very much in love with this girl. This romantic guy folded 1,000 pieces of papercranes as a gift to his girl. Although, at that time he was just a small executive in his company, his future doesn’t seemed too bright, they were very happy together. Until one day, his girl told him she was going to Paris and will never come back. She also told him that she cannot visualise any future for the both of them, so let’s go their own ways there and then… heartbroken, the guy agreed.

When he regained his confidence, he worked hard day and night, slogging his body and mind just to make something out of himself. Finally with all these hardwork and with the help of friends, this guy had set up his own company…

“You never fail until you stop trying.” he always told himself. “I must make it in life!”
One rainy day, while this guy was driving, he saw an elderly couple sharing an umbrella in the rain walking to some destination. Even with the umbrella, they were still drenched. It didn’t take him long to realise those were his ex-girlfriend’s parents. With a heart in getting back at them, he drove slowly beside the couple, wanting them to spot him in his luxury sedan. He wanted them to know that he wasn’t the same anymore, he had his own company, car, condo, etc. He had made it in life!

Before the guy can realise, the couple was walking towards a cemetary,and he got out of his car and followed them…and he saw his ex-girlfriend, a photograph of her smiling sweetly as ever at him from her tombstone… and he saw his precious papercranes in a bottle placed beside her tomb. Her parents saw him. He walked over and asked them why this had happened. They explained, she did not leave for France at all. She was stricken ill with cancer. In her heart, she had believed that he will make it someday, but she did not want her illness to be his obstacle … therefore she had chosen to leave him.

She had wanted her parents to put his papercranes beside her, because, if the day comes when fate brings him to her again he can take some of those back with him. The guy just wept …the worst way to miss someone is to be sitting right beside them but knowing you can’t have them and will never see them again.

A tragic story that perhaps happens only in the movies. At the end of the day, money is money is money but love is divine. In our quest for our material wealth, take time to make time for our loved ones. There will be a time when we have only memories to cling to.
Take this weekend to show our “love” to all that are close to us.

P.S–> One of the best mails i received from random writers….

Standard
This is for that time when u left 40 urgent messages on his cell phone, and when you called him back he never answered.
This is also for that time you didn’t have a date, so after numerous vows that there was nothing “serious” between the two of you, you dragged yourself to a party where you knew nobody, the place was awful, and he flirted shamelessly with you, justifying each fit of reckless teasing by announcing to everyone: “oh, but we’re just friends!” And even though you were invited purely as a symbolic warm body for his ego, you went anyways. Because you’re nice like that.
The nice girls don’t often get credit where credit is due. And I wish I could logically explain this trend, but I can’t. From what I have observed on campus and what I have learned from talking to friends at other schools and in the workplace, the only conclusion I can form is that many guys are just illogical and manipulative . Many of them claim they just want to date a nice girl, but when presented with such a specimen, they say irrational, confusing things such as “oh, she’s too nice to date” or “she would be a good girlfriend but she’s not for me” or “she already puts up with so much from me, I couldn’t possibly ask her out!” or the most frustrating of all: “no, it would ruin our friendship.” Yet, they continue to lament the lack of datable women in the world, and they expect their too-nice-to-date female friends to sympathize and apologize for the women that are jerks.
There are definitely many guys who grow out of that train of thought and realize they should be dating the nice girls, not taking them for granted. The tricky part is finding those guys, and even trickier, finding the ones that are single.
So, until those guys are found, I propose a toast to all the nice girls. You know who you are, and I know you’re sick of hearing yourself described as ubiquitously nice. But the truth of the matter is, the world needs your patience in the grocery store, your party escorting services, your chauffering , your multi-tasking and your propensity to be a sucker for a pretty smile. For all the crazy, inane, absurd things you tolerate, for all the situations where you are the faceless, nameless heroine, my accolades, my acknowledgement, and my gratitude go out to you. You do have credibility in this society, and your well deserved vindication is coming. 🙂 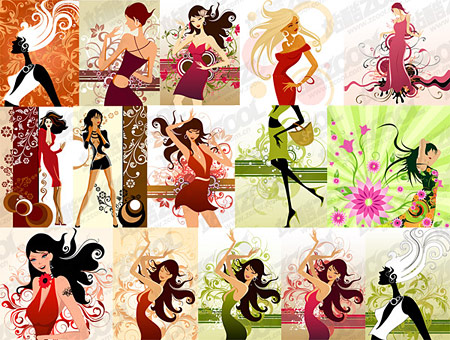